Anita, her team, and other MP's in the Ottawa area had a fantastic time at Ottawa's 2017 Pride Parade. She is proud to march in support of our LGBT community. 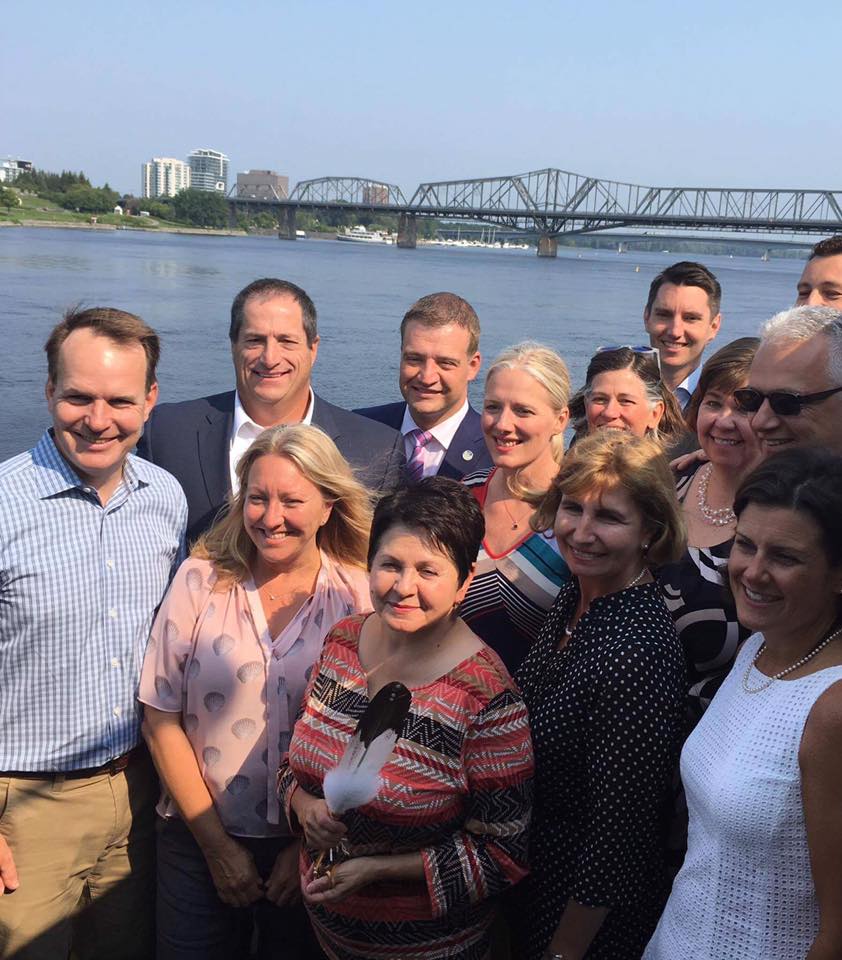 Today we joined Catherine McKenna, indigenous elders and representatives from the governments of Quebec and Ontario to announce that the Ottawa River will receive an official Heritage Designation. This river is the lifeblood of so many communities, including Ottawa West-Nepean. I was proud on such a beautiful day to appreciate the rich historical, ecological and cultural significance of the Ottawa River alongside colleagues Mona Fortier, Steven MacKinnon, and Stephane Lauzon. 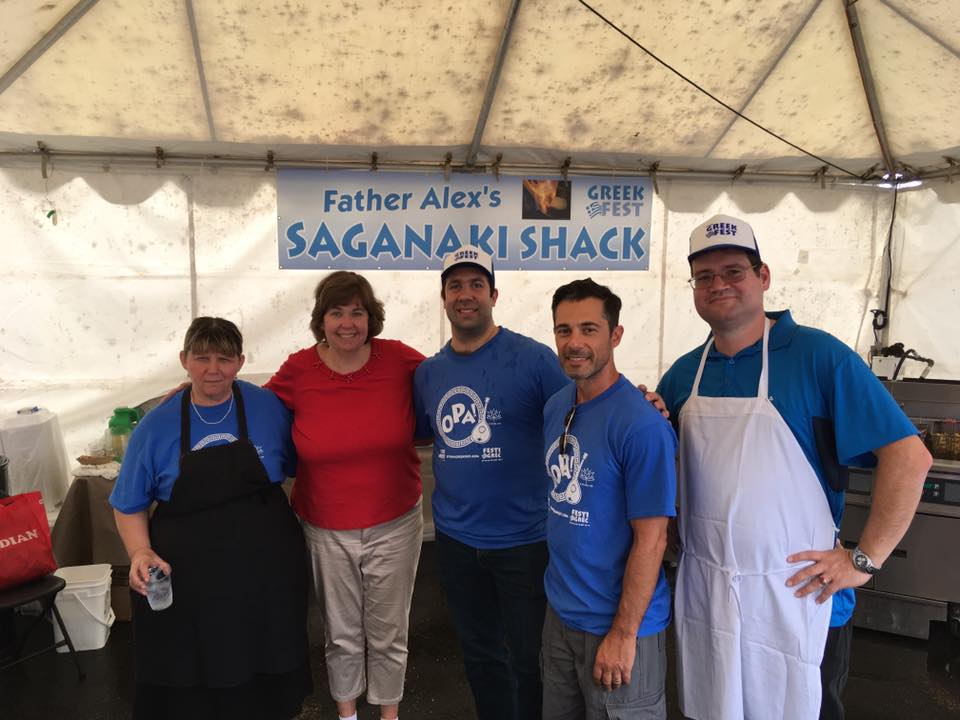 Instead of canvassing today Anita and her team made the rounds of local festivals! After exhausting themselves dancing at the Festival of India they regained their energy by eating fried cheese (Saganaki) from a flaming frying pan at the Ottawa Greek Festival, where we met new friends and learned more about the ways Ottawa Police keeps our community safe. 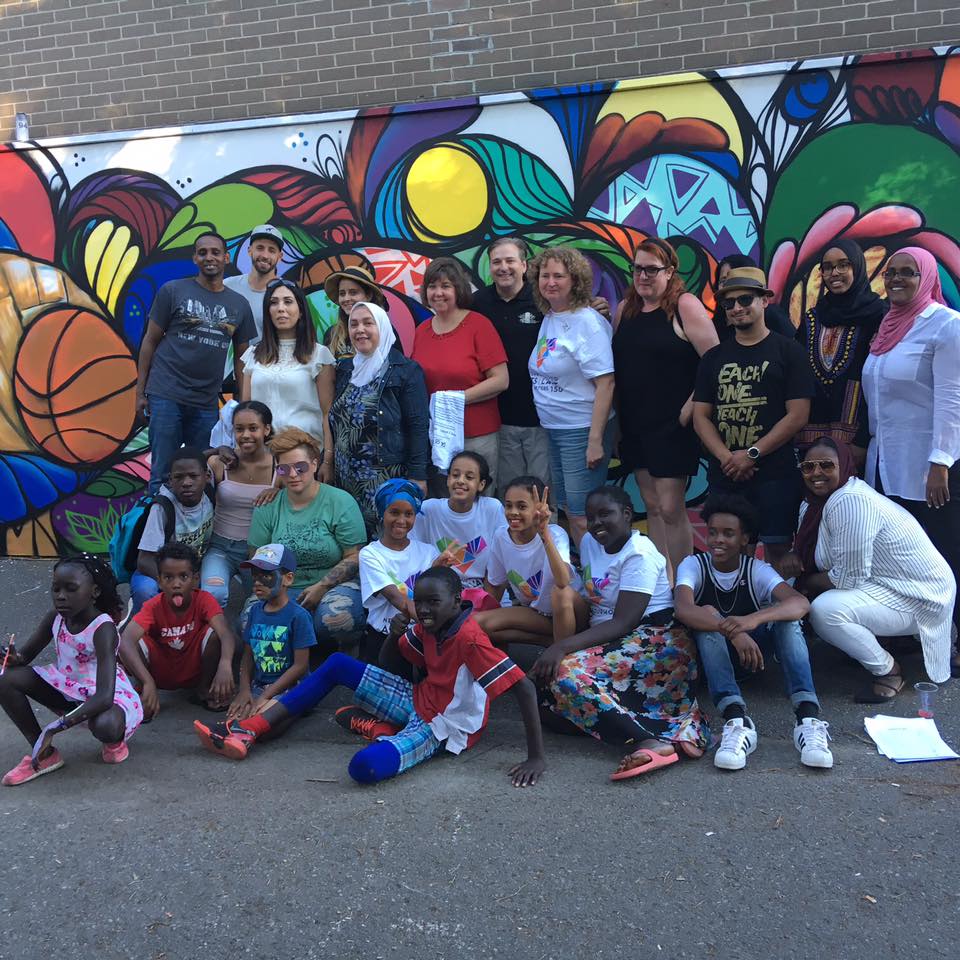 Today, Anita helped to unveil a mural painted with the help of Neighbourhood Arts and the House of Paint, in which youth and children added colours and patterns to reflect their community. She was honoured to help cut the ribbon in a new outdoor ping pong table, and toured the community garden. The mint leaves were fresh and perfect for tea (or maybe a mojito!). Kudos to the community on a job well done! 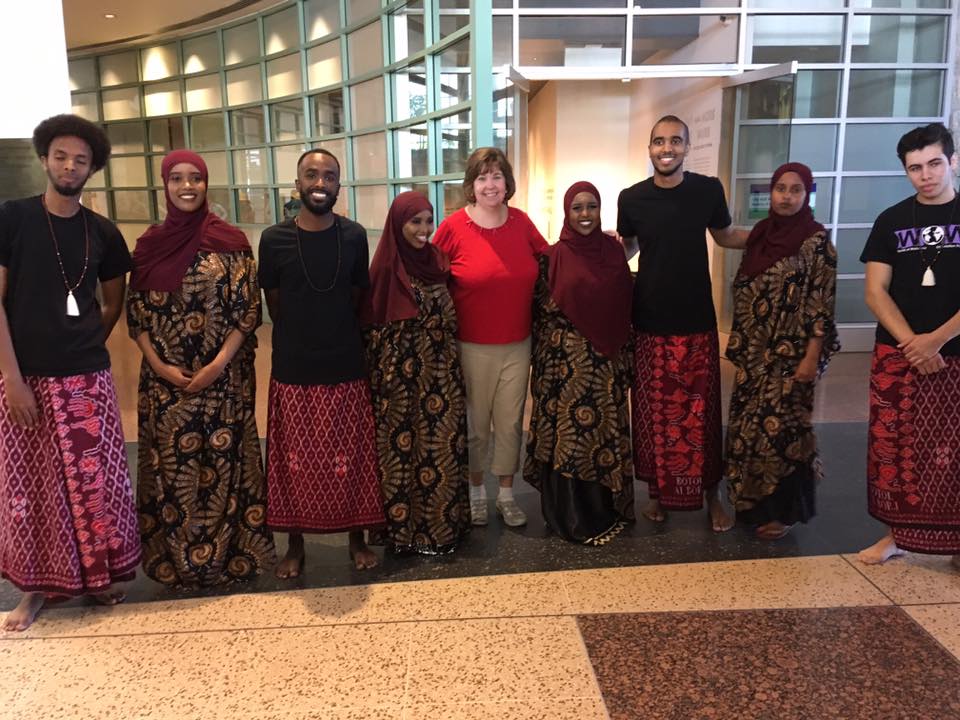 This July, Anita participated in the first-ever Somali-Canadian cultural festival at Ottawa City Hall. It was an enriching experience full of music, dance performances, and fantastic food, all held to celebrate the contributions of Canada's proud Somali community!

Anita hosted a Town Hall meeting on how to improve Canada's Parliamentary democracy and make it more participatory and responsive of citizen's views and ideas. She used the opportunity to meet with her constituents, gathering innovative and positive ideas to guide her work in chairing the Canadian all-party democracy caucus. 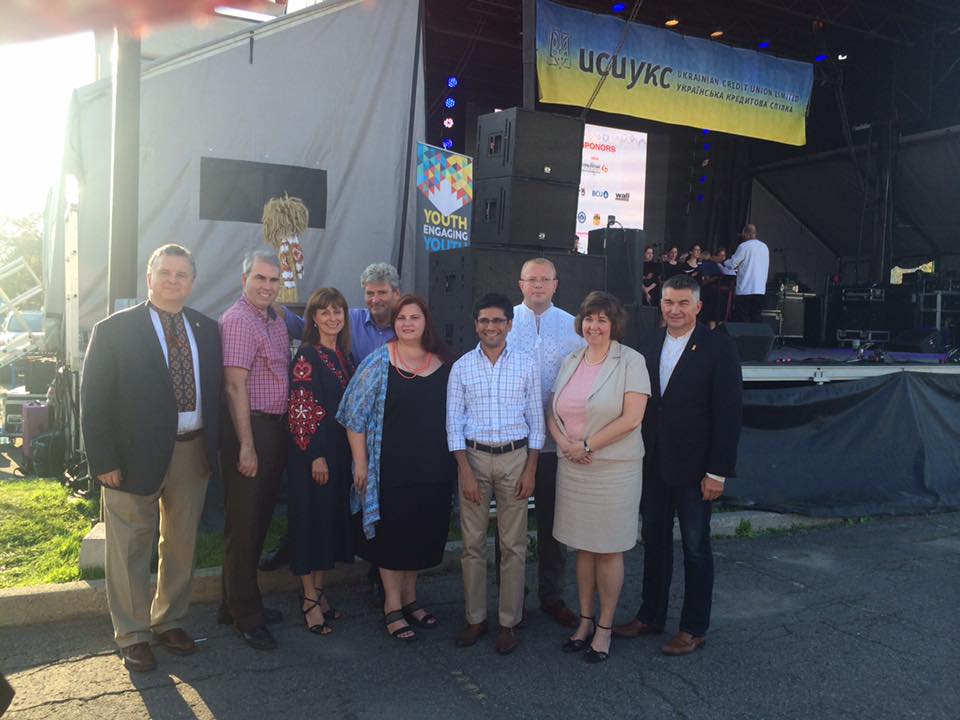 This July, Anita attended the official opening of the Capital Ukrainian Festival. She had the pleasure of delivering greetings from Prime Minister Justin Trudeau, and greatly enjoyed the weekend of cultural celebration.

Anita was pleased to congratulate Woodroffe High School`s graduating class of 2017 as they embark on the next exciting chapter of their lives. 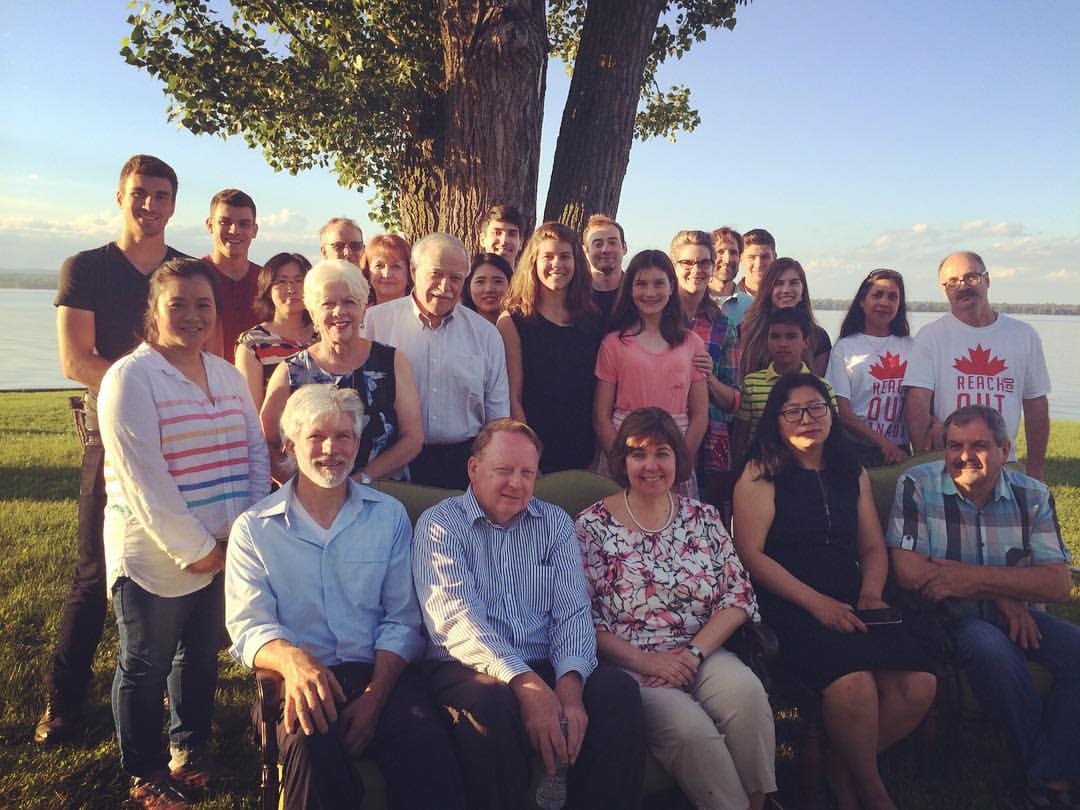 Anita was honoured to be invited to a garden party, held in honour of the hardworking volunteers in Ottawa West-Nepean who worked all night to save their neighbour's house from the May floods. They represent the best in our community!

Anita enjoyed meeting with local Girl Guides and Pathfinders at General Burns Park to talk about leadership and answer questions about the Canadian Parliament. An impressive group of young leaders learning about service to our community. 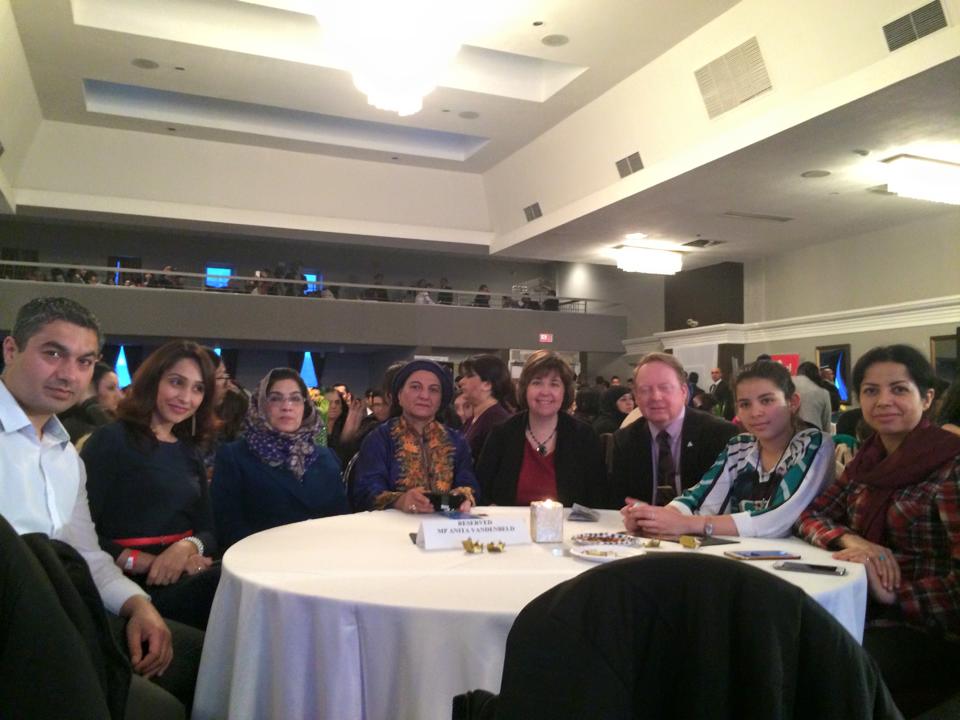 Anita was pleased to attend a celebration of Nowruz hosted by the Afghan Students Association. Norway is a celebration of the New Year and the arrival of Spring. It is celebrated in Afghanistan, Azerbaijan, India, Iran, Iraq, Kyrgyzstan, Kazakhstan, Pakistan, Tajikistan, Turkey, Turkmenistan and Uzbekistan. 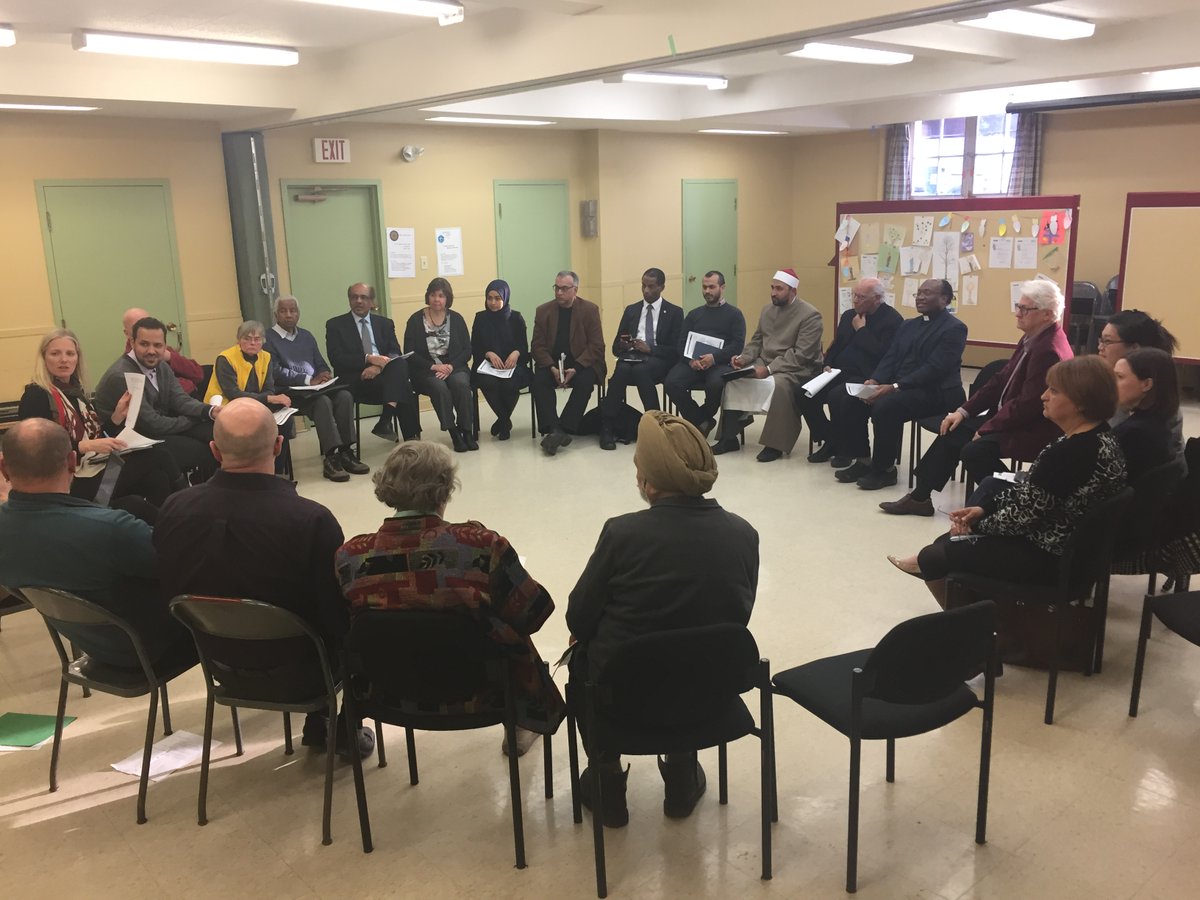 Anita joined Catherine McKenna and Greg Fergus at an inter-faith dialogue circle with faith leaders from across Ottawa from Muslim, Christian, Jewish, Hindu, Sikh and other faiths. They discussed how to work together against prejudice and hate. 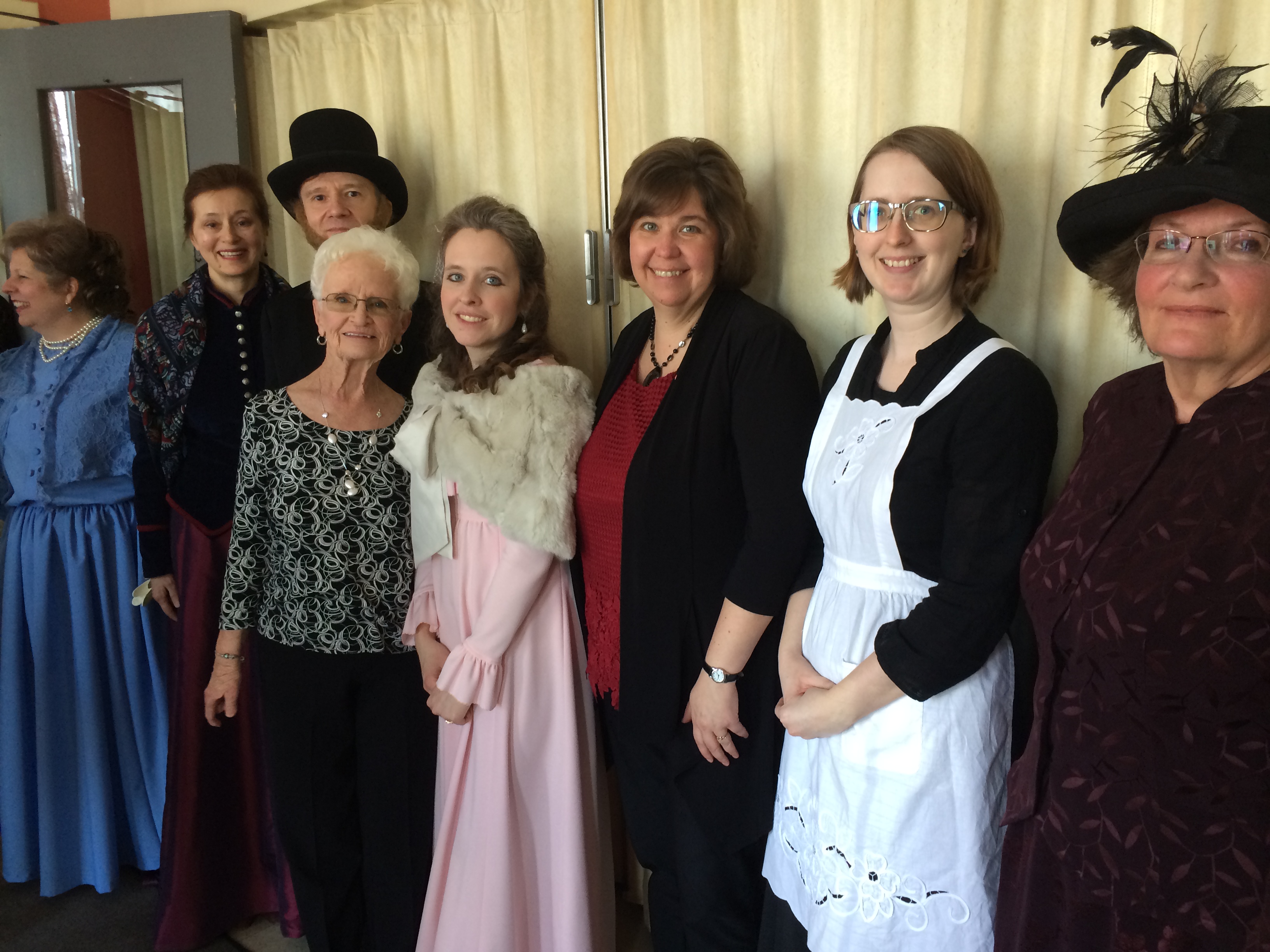 Ottawa West-Nepean has a rich artistic and cultural scene. Anita enjoyed a play by Joan Conrod as part of the "Dessert and Drama" series at Woodroffe United Church. It was a wonderfully tongue-in-cheek story about the Mothers of Confederation as part of Canada's 150th year celebrations. 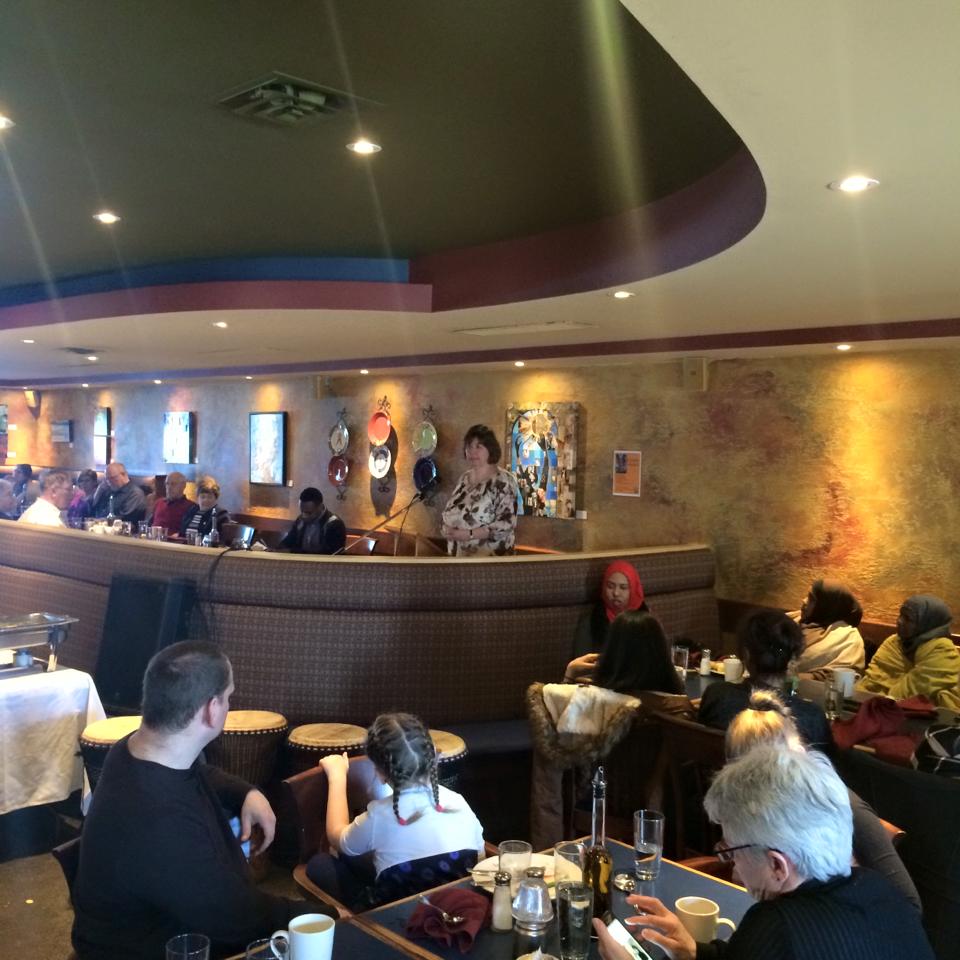 The Britannia Woods Food Pantry has operated on volunteer efforts for 25 years to provide food to some of the most vulnerable in our community. While it is unfortunate that such a service is needed in our community, the hard work of countless volunteers and the generosity of donors has made a significant difference for many families.

Anita attended a potluck dinner at St. Remi church for the one-year anniversary of the arrival of the Nawful family, refugees from Syria that were hosted by parishioners at the church at the initiative of a group of high school students. During a visit to parliament, Anita recognized the family and their sponsors in a statement to the House of Commons. The family are doing well, they are working and studying hard and very grateful for the generosity of Canadians.