Anita commemorates the independence of Kosovo

Posted by Kathleen Brimacombe 16sc on February 17, 2018 · Add your reaction 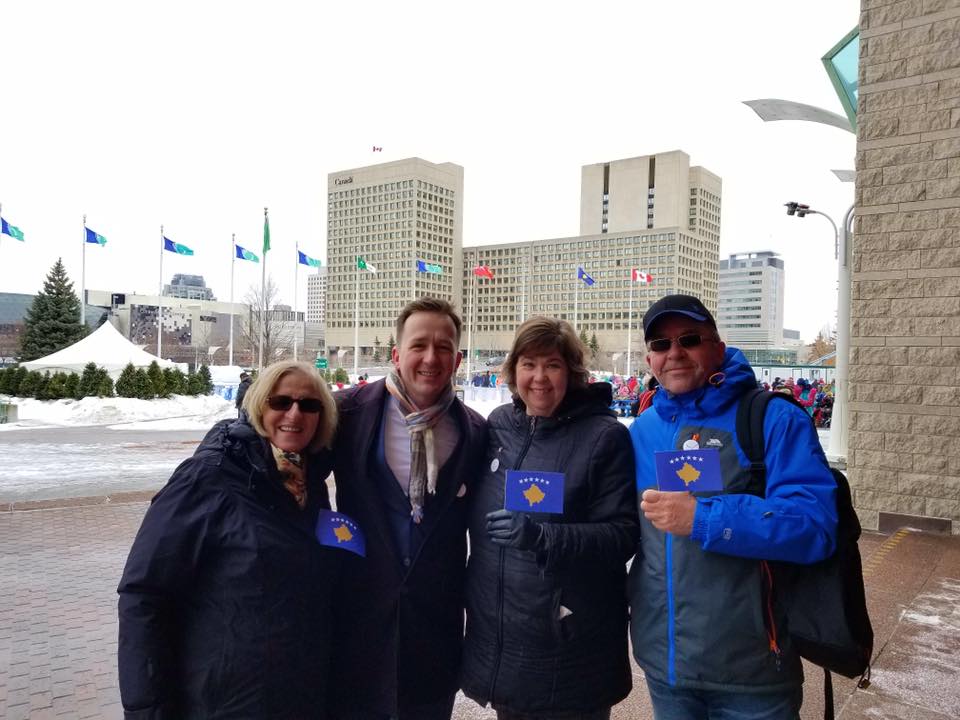 Ten years ago today, Anita was in Kosovo when they declared independence and a new country was born. Yesterday she was at Ottawa City Hall with the ambassador of Kosovo to Canada Lulzim Hiseni and the Kosovo-Canadian community to celebrate this momentous anniversary by raising the Kosovo flag in front of Ottawa City Hall. For Anita, Kosovo and its generous and kind people will always hold a special place in her heart. Here's to the next ten years of peace, prosperity and friendship.