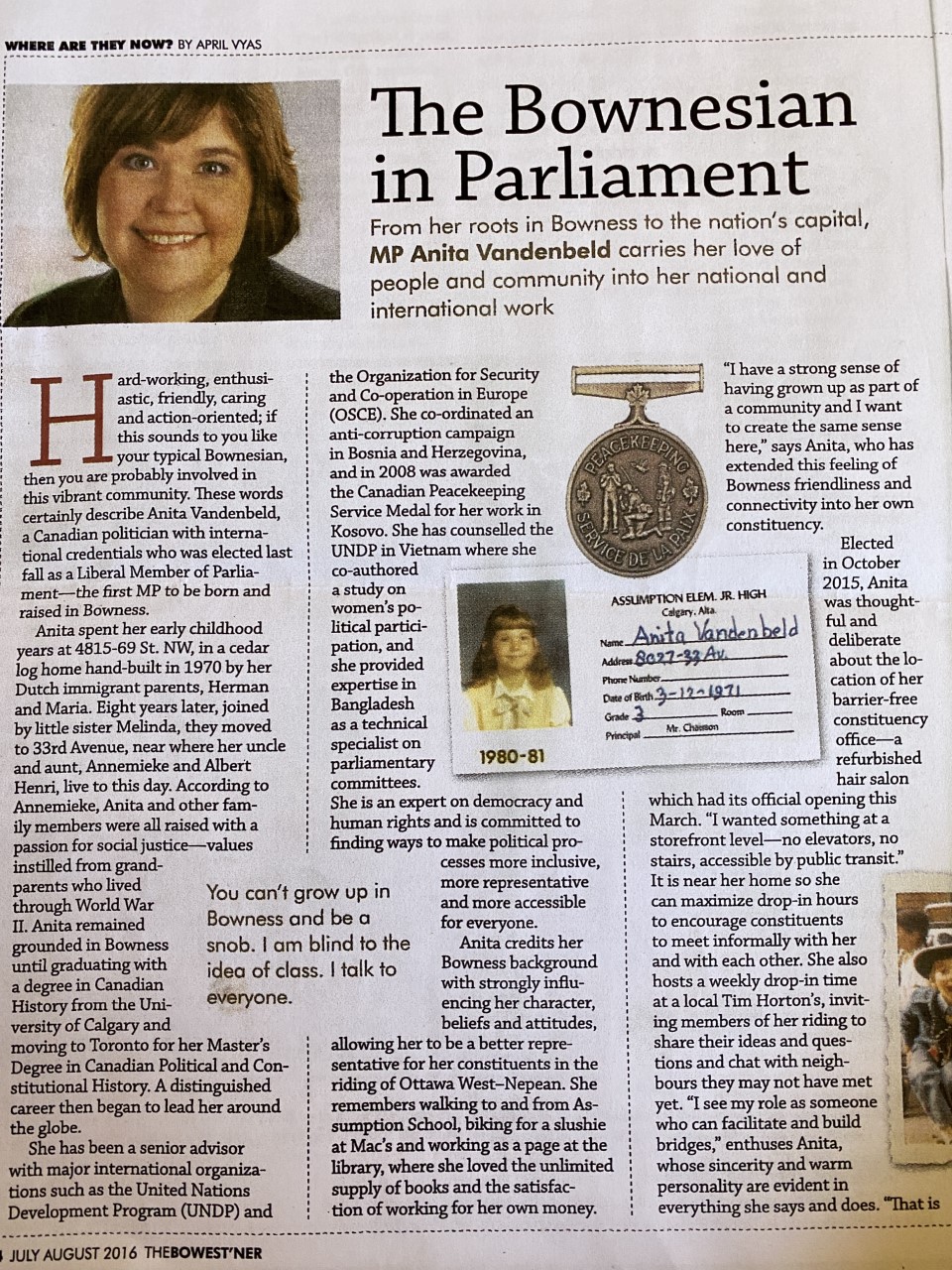 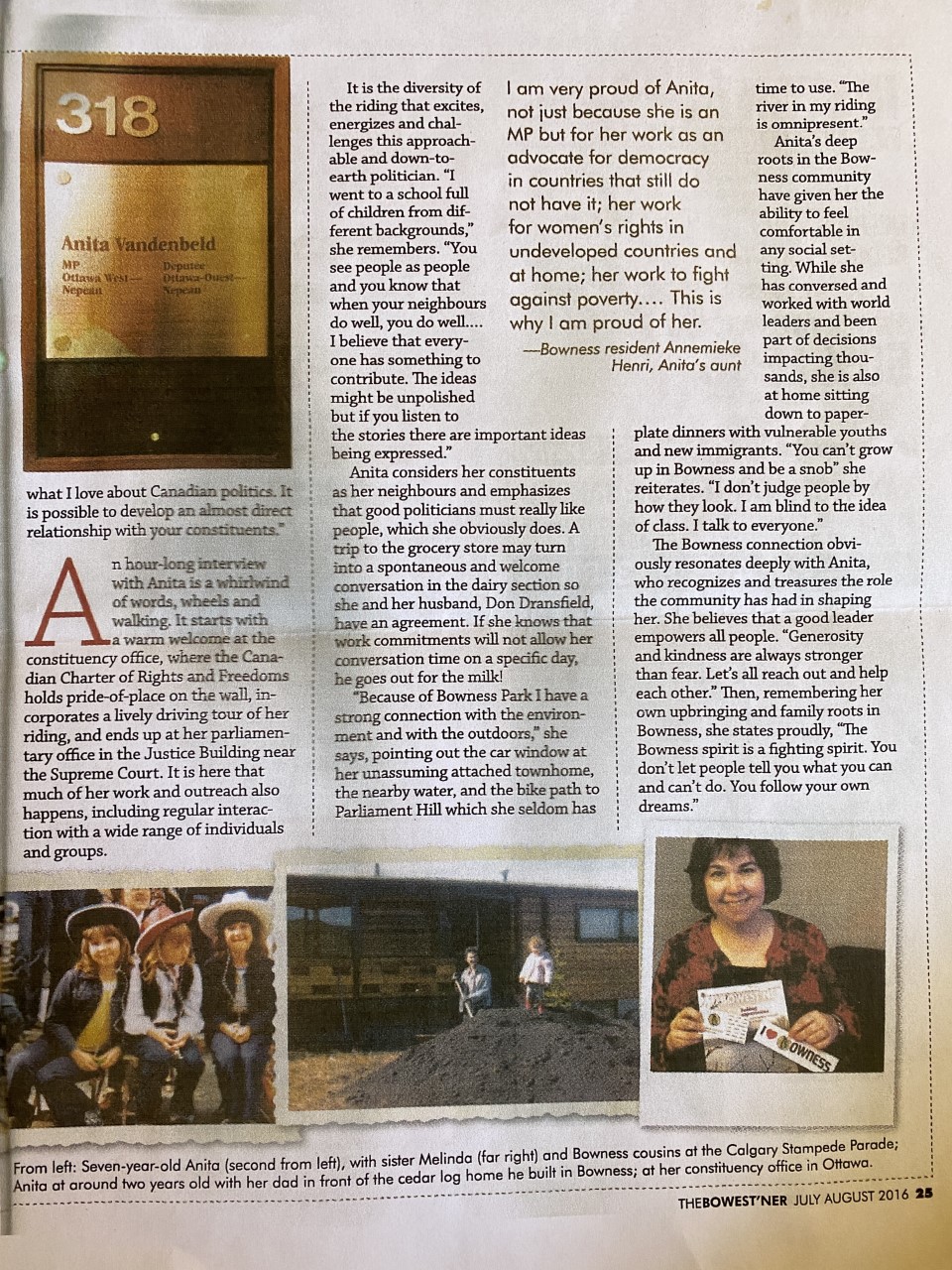 Anita Vandenbeld, who grew up in Bowness, was recently featured by The Bowest'ner in a "where are they now" article, which details her path from Bowness to Parliament, with all her great achievements in between.

These accomplishments include studying History at the University of Calgary, working as a senior advisor with the United Nations, and co-ordinating an anti-corruption campaign in Bosnia and Herzegovina.

She was elected in 2015 as the member of parliament for Ottawa West-Nepean.